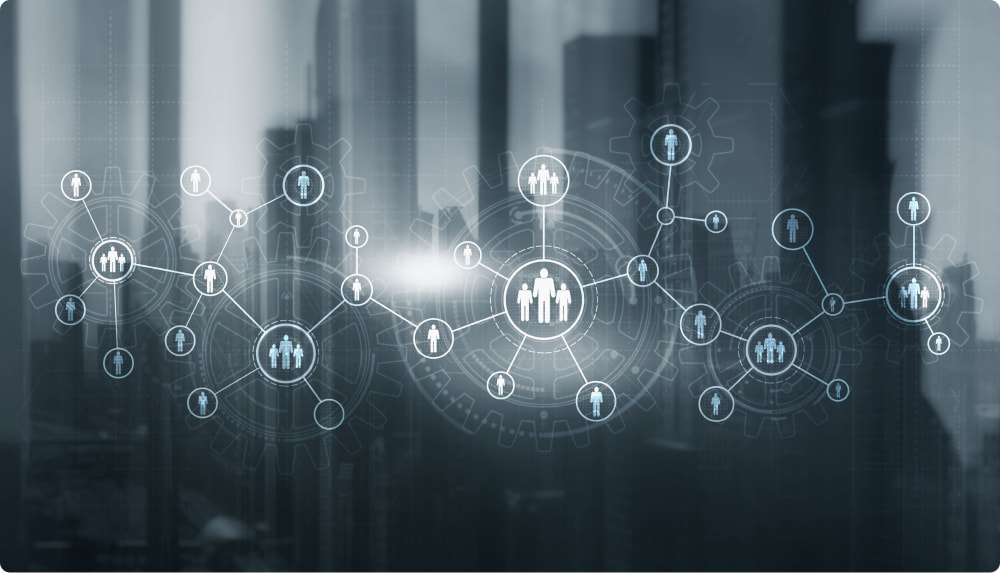 This post is part 3 of a 3-part series that provides an overview of the development and validation of VoiceSignals’ People Intelligence Platform©.

The overall development and validation steps are shown in Table 1, along with the part of the series in which each step is discussed. Links to part 1 and 2 are provided at the end of this paper.

This post describes the thorough development and validation process that was followed to create highly accurate AI from the high-quality data described in parts 1 and 2.

The procedures and techniques used to develop and validate the AI are in accordance with best practices and standards for both AI engineering and psychometric assessment.

The development of Al algorithms proceeded with high-quality data (described in parts 1 and 2). The first step involved extracting over 500 acoustic features (e.g., pitch, amplitude) from the speech files and storing them as predictive variables. These acoustic variables were then combined in a dataset with the raters' aggregated ratings of personality, mindset, and emotion.

Multiple algorithms were then developed to predict a speaker's psychological characteristics from the acoustic features present in their speech. Each algorithm was developed and tested using a thorough two-step validation process. First, each algorithm was created using a k-fold cross-validation3 strategy. This procedure involves the iterative training and testing of the algorithm using a large dataset. The second validation step tested the algorithm's performance in a new set of data on which the algorithm had not previously been trained. This type of validation is often referred to as a holdout validation strategy. Combing both the k-fold and holdout validation approaches is considered best practice for testing the performance of an algorithm.

The metrics used to assess the performance of each algorithm were identified before model testing and included the Positive Predictive Value4 (PPV) measure of accuracy for emotions, due to their binary coding in the dataset, and the Coefficient of Determination5 (R2) for both the personality traits and mindset characteristics, due to their coding on a continuous scale in the dataset. Minimum thresholds were selected for both performance metrics.

Results from algorithm performance in the holdout dataset are presented below. Multiple algorithms were tested for each psychological characteristic, and results showed that penalized regression-based algorithms had superior performance to other algorithms. Penalization in Al algorithm development refers to a mathematical function identifying a subset of crucial predictor variables from a much larger set of predictor variables. Applying penalization results in algorithms that have better predictive accuracy when exposed to new data and are more transparent and explainable. The Least Absolute Shrinkage and Selection Operator (LASSO) penalization method was used for all regression algorithms described below.

LASSO logistic regression algorithms were used to predict each of the eight basic emotions shown in Table 5, given the binary coding of emotion labels in the dataset. All emotion algorithms passed the minimum (PPV) threshold. Each algorithm was statistically significant, and the average accuracy (PPV) across all algorithms was very high.

All mindset algorithms passed the minimum R2 threshold and were statistically significant.

As mentioned above, the AI algorithms displayed very strong predictive accuracy during development and when exposed to new data.

Typically, the development and testing of AI algorithms would be considered complete at this stage, and the algorithms would be ready for use in real-life settings. However, best practices and standards in psychological assessment outline additional steps that should be taken to demonstrate the performance and efﬁcacy of any algorithm designed to predict the psychological characteristics of a person or group. These steps are discussed in the following section.

The deﬁnition of the term "test" used in the Standards for Educational and Psychological Testing[4] includes algorithms designed to predict any psychological characteristic. Therefore, the algorithms described in Section 7 fall within the scope of these standards. Essentially, the standards outline a series of investigations that should be conducted before any test is considered valid for a particular use case.

This section presents the validity evidence of the personality trait, emotional state, and mindset scores provided by VoiceSignals' People Intelligence Platform©. The procedures and analyses described below are aligned with the Standards for Educational and Psychological Testing[4].

The investigation of the validity of any psychological assessment typically involves a series of qualitative and/or quantitative analytical methods. Two frequently used methods recommended by the Standards for Educational and Psychological Testing are known as content validity and construct validity analyses. These two analytical methods were used to investigate the validity of the scores output in the People Intelligence Platform©. These analyses and the results are described below.

Content validity involves a subjective judgment made by a group of Subject Matter Experts (SME) regarding the degree to which an assessment adequately measures the target psychological characteristics based on the content (e.g., definitions, questions, rating scales) of the measures included in the evaluation.

The investigation of the content validity of the People Intelligence Platform© involved a review of the degree to which the measures of personality traits, emotional states, and mindset adequately captured all aspects of personality, emotions, and mindset without including any unintentional information (e.g., motivations or interests which are not considered a part of the personality, emotion, or mindset). As mentioned in part 1, the measures of personality traits and emotional states were developed based on previously validated and widely used frameworks from the psychological science literature. Using these frameworks ensured that all relevant aspects of personality (i.e., the 30 facets) and emotions (i.e., the eight basic emotions) were included in the respective measures. Other information not related to either personality or emotion was not accidentally included. These measures were developed and reviewed by separate groups of SMEs in psychometrics and psychological assessment and found to have very high content validity.

A second investigation into the construct validity of the People Intelligence Platform© was conducted by comparing the scores produced by each AI algorithm with human SME evaluations of a speaker's psychological characteristics using a new sample of audio ﬁles.

This series of posts provided an overview of the development and validation methodology behind VoiceSignals' People Intelligence Platform©. Experts in AI engineering and psychological assessment have designed and developed the platform and validated it according to best practices and standards in AI and psychological science. The validation evidence presented in this paper shows that the algorithms embedded in the People Intelligence Platform© are valid predictors of important psychological characteristics and can be applied in real-world settings. The People Intelligence Platform© has been developed to continue to improve its predictions as it learns from more data, and therefore the validation evidence will become increasingly more vital with time.

[7] Plutchik, R. (2001). The nature of emotions: Human emotions have deep evolutionary roots, a fact that may explain their complexity and provide tools for clinical practice. American scientist, 89(4), 344-350.

James is an Industrial/Organizational Psychologist and a demonstrated industry leader in the applied use of Artificial Intelligence (AI) and Machine Learning to enhance psychological assessment. He has a track record of developing innovative AI-based psychological assessments and his work has frequently been presented at industry conferences. James is a true scientist-practitioner and leverages his broad experience as both a research scientist and consultant to provide world-class solutions for customer needs.